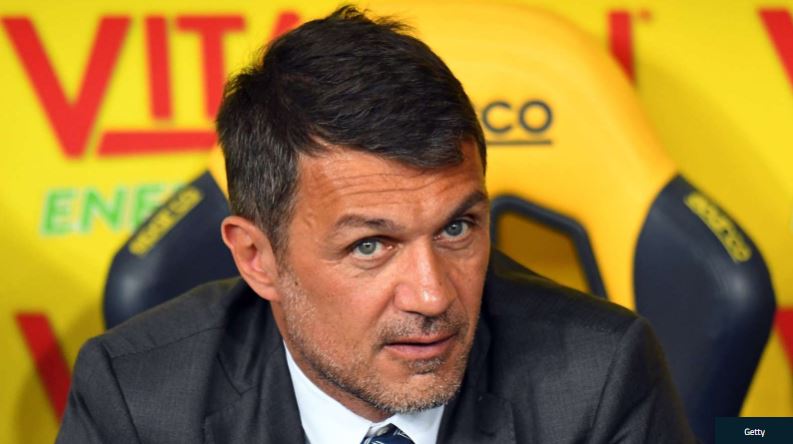 AC Milan technical director Paolo Maldini and his son Daniel have tested positive for coronavirus, the club has announced.

The legendary former defender and his 18-year-old son have been isolated for the past two weeks but were found to have contracted the disease this week and will remain in quarantine until they are cleared of the virus.
Right winger Daniel is currently playing for the Milan Under 19s and made his first-team debut earlier this season.
A statement on Milan’s website read:

“AC Milan confirms that Paolo Maldini, the club’s technical director, became aware of contact with a person who subsequently tested positive for coronavirus and began to display symptoms of the virus himself.
“He was administered with a swab test yesterday, the result of which was positive. His son Daniel, a forward in AC Milan’s youth team who had previously been training with the first team, also tested positive.
“Paolo and Daniel are both well and have already completed two weeks at home without contact with others. They will now remain in quarantine until clinically recovered, as per the medical protocols outlined by the health authorities.”

AC Milan Legend Maldini And Son Test Positive For Coronavirus Reviewed by Admin on 22 March Rating: 5
Category : Sport
DO YOU WANT YOUR SONG / VIDEO ON PRETTYLOADED?