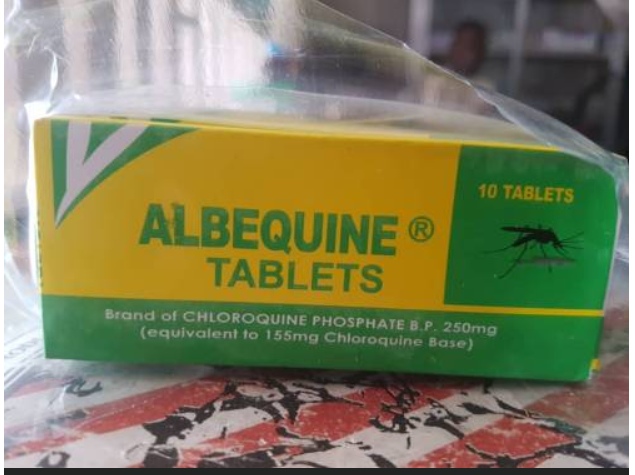 Some hospitals in Lagos state have been receiving patients suffering from chloroquine poisoning, according to Gboyega Akosile, chief press secretary to the governor.
Quoting Oreoluwa Finnih, senior special assistant to the governor on health, Akosile warned people against massive consumption of chloroquine as a measure to fight coronavirus.
The demand for chloroquine, an oral artemisinin-based monotherapies (oAMTs) for malaria treatment, soared a few hours after President Donald Trump said the drug had been approved to treat COVID-19.
But Stephen Hahn, commissioner of the US Food and Drug Administration, contradicted the American president, saying the agency was still working to examine all possibilities.
TheCable had reported how residents trooped to pharmaceutical stores across Lagos and Abuja on Thursday evening to purchase the drug.
In a tweet on Friday, Akosile warned people against harming themselves through the indiscriminate use of the drug. 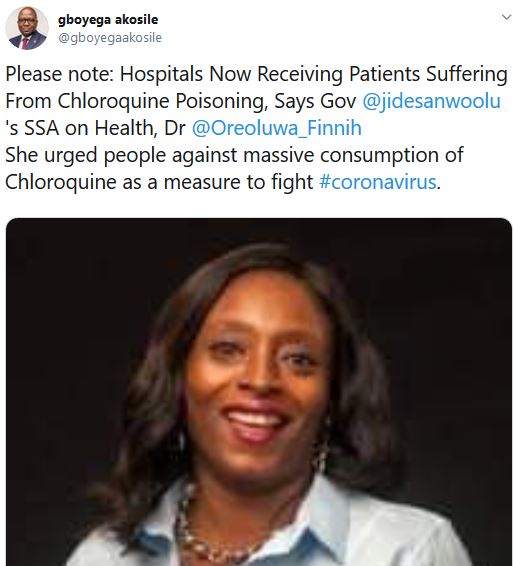 Earlier, health experts had dismissed speculations that the drug could be used in fighting the virus.
Lagos Hospitals ‘Now Treating’ Patients Suffering From Chloroquine Poisoning Reviewed by Admin on 20 March Rating: 5
Category : News
DO YOU WANT YOUR SONG / VIDEO ON PRETTYLOADED?