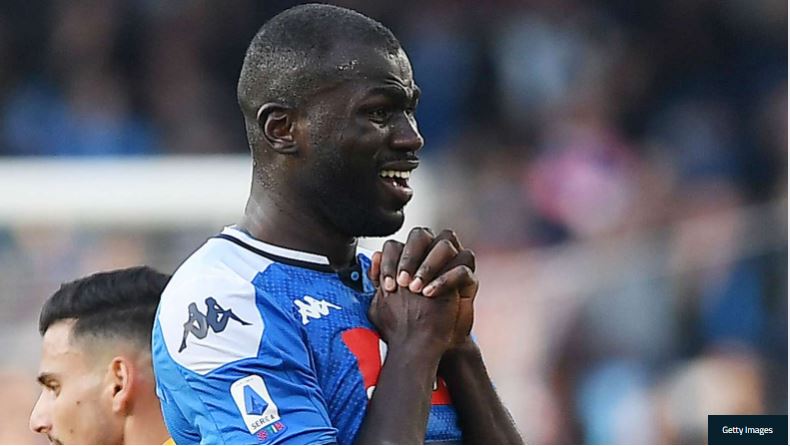 Kalidou Koulibaly is believed to have told Napoli president Aurelio De Laurentiis of his intention to leave the Serie A side in the summer.

The centre-back has been a defensive rock for the Parthenopeans since his arrival in 2014 from Genk, helping them to finish as runners-up to Juventus last season.
The Senegal international has reportedly been a long transfer target for Premier League side Manchester United, who are looking to bolster their defence in their quest to challenge for titles next season.
According to Naples outlet Il Mattino, Koulibaly has told his club president that he wants to leave the Italian side at the end of the season in a phone conversation.
Besides the Red Devils, French champions Paris Saint-Germain are also believed to be interested in acquiring the defender in the summer.
This term, despite injury problems, the centre-back has featured in 21 games across all competitions before all football activities were suspended in Italy and due to the coronavirus.
Koulibaly also played a pivotal role as the Parthenopeans secured the Supercoppa Italiana in 2014.
Manchester United Target Koulibaly Tells Napoli President He Wants To Quit Reviewed by Admin on 22 March Rating: 5
Category : Sport
DO YOU WANT YOUR SONG / VIDEO ON PRETTYLOADED?