Home News SO SAD!! Recovering Coronavirus Patient Reveals What She Passed Through

SO SAD!! Recovering Coronavirus Patient Reveals What She Passed Through 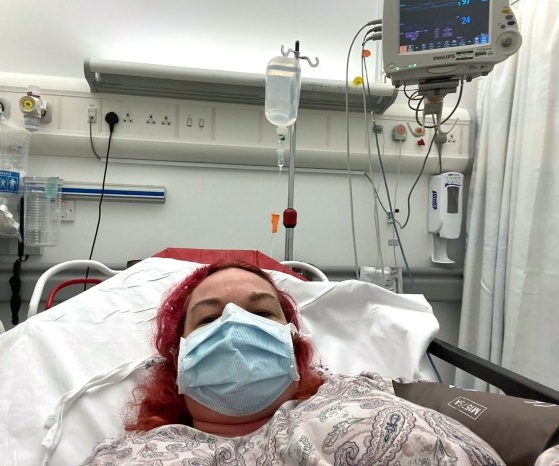 A British woman battling coronavirus has explained how her body feels as she fights the deadly virus that has swept through the world, killing thousands.

46 year old Mandy Charlton who is a mother of three and a photographer, was admitted to the Royal Victoria Infirmary in Newcastle on Friday evening with a temperature of more than 38 degrees celsius and says it felt like she ‘had swallowed glass’ and her whole body was on fire
According to Mandy she sleeps 20 hours a day and has been taking paracetamol to recover, and she usually wakes up feeling drenched and tired.
Mandy, from Newcastle, said to Metro UK on Thursday: ‘I know my temperature was once 37.9 and once over 39. I have a weird dry cough which hurts.
‘My body has felt like it has been on fire, waking up drenched, horrible.
I’ve had flu before but this was something else.
‘When it came to the hospital saying I was well enough to go home and self-isolate, I asked how I would get home.
‘They said I could wait nine hours whilst they tried to get some isolation transport or I could ask a friend.
‘I had a panic attack at that point, thankful for my best friend who risked her own health to get me home.
‘I don’t for one moment blame the doctors or the nurses, I wholly place the blame on the government.’
‘One of the nurses said I was lucky to be admitted when I was.
‘At the moment they’re coping, but in a few weeks they won’t be. The porters weren’t even given masks.
‘I asked one of them and he said the day before they’d had to wear plastic visors but then on that day, Friday, they’d been told they would be fine without any protection.
‘The paramedics were having to borrow masks and aprons as they’d run out.’
SO SAD!! Recovering Coronavirus Patient Reveals What She Passed Through Reviewed by Admin on 20 March Rating: 5
Category : News
DO YOU WANT YOUR SONG / VIDEO ON PRETTYLOADED?