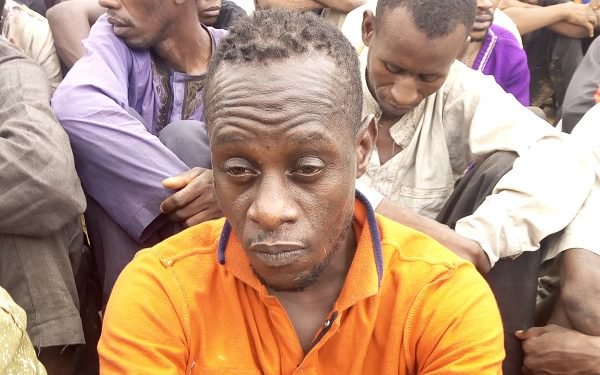 A soldier dismissed for shooting his commander has been arrested for armed robbery.

A dismissed soldier, Lance Corporal Khalid Mohammed, has been arrested by men of Kaduna state Police Command for Armed robbery.

The suspect, who was paraded before the media alongside 78 others by Kaduna state Commissioner of police, Ali Aji Janga in Rijana on Wednesday, said he was dismissed from the Army because he shot his then Guard Commander.

The father of two said he was arrested after robbing an apartment on Upper Volta Road, Malali, Kaduna. He disclosed that he has been into armed robbery since 2006 before the long hand of the law caught up with him.

The suspect, who is a resident of Malali in Kaduna North said, he regretted his actions and promised to turn a new leaf. He, however, said he will accept any punishment meted out to him for his criminal actions because he deserves it.