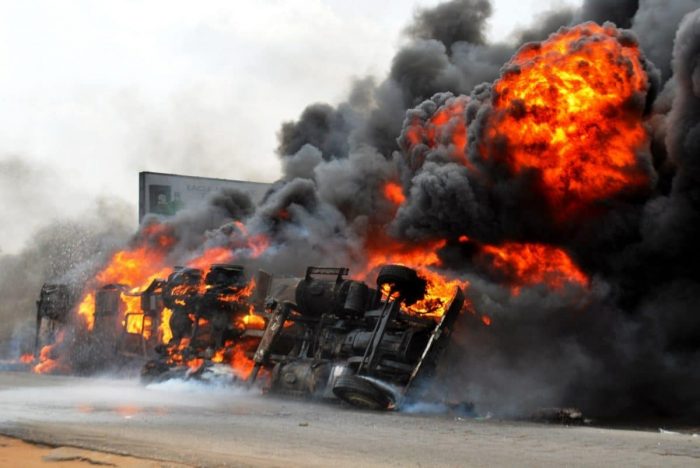 The fuel-laden tanker mysteriously went up in flames where it was parked overnight.

The incident, it was gathered, occurred at the median, by Kwyakyama axis, after Ogere toll gate, along the Ogun State portion of the Lagos-Ibadan Expressway.

He said that, “Rescue operations are ongoing by TRACE Corps, FRSC, Police and the Fire Service.” adding that no casualty has been recorded.

No reason has been given for the sudden explosion of the tanker.