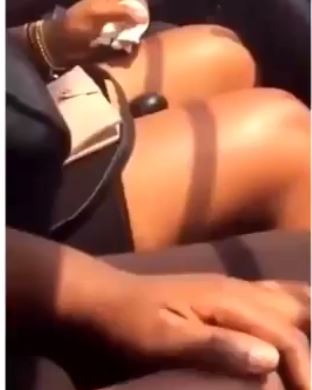 There is nothing we wouldn’t see in the Lagos. A lot of things happen here that makes us sometimes question our sanity by ourselves.

A viral video we came across on social media has shown the moment a Lagos driver was seen changing the gear of his bus in between the laps of a female passenger.

It looked like a sort of sexual harassment, but the lady didn’t seem disturbed with the move as long as the man did not take his hand further than where it should be.