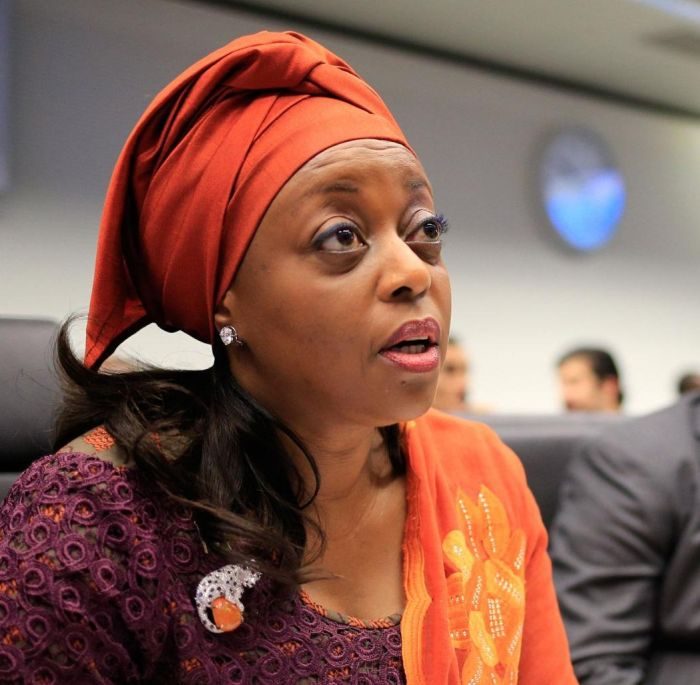 The Economic and Financial Crimes Commission has told the Federal High Court in Ikoyi, Lagos that the value of the jewellery seized from the apartment of a former Minister of Petroleum, Diezani Allison-Madueke, is beyond what her earnings could ever accommodate.

The anti-graft agency is seeking permanent forfeiture of $40m worth of jewellery confiscated from the Abuja home of the former minister.

The court had earlier granted temporary forfeiture of the assets to the Nigerian Government but Deizani, who is at large, challenged that order, claiming a violation of her rights.

During the hearing on the final forfeiture on Monday, the EFCC said it had scrutinised Diezani’s salary account as a former minister and had discovered that she could not have afforded the items with proceeds from legal earnings.

In an affidavit deposed to by Rufai Zaki, an investigator, the EFCC insisted that the items were beyond Diezani’s “known and provable lawful income”.

Zaki said, “The respondent did not utilise her salary or any part of her legitimate income to acquire the assets sought to be forfeited to the Government of Nigeria.”

Zaki disclosed that the EFCC invited one Bukola Oyewumi of Trinket Box Bespoke Jewellery at Ikeja City Mall, Lagos, who said she started selling jewellery to Diezani in 2012.

According to Zaki, Oyewumi also made available to the agency invoices issued in respect of the jewellery in which ‘Aunty D’ was written as the buyer.

According to him, Ratanani admitted during questioning by the EFCC that Diezani bought jewellery worth $865,300.00 from her over a period and she paid cash.

Counsel for the EFCC, Rotimi Oyedepo, said it was in the best interest of justice for the court to order the permanent forfeiture of the jewellery and the gold iPhone to the Nigerian Government.

He said the court was empowered to make such forfeiture order under Section 17 of the Advance Fee Fraud and Other Related Offences Act 2006 because “the respondent’s known and provable lawful income is far less than the properties sought to be forfeited to the government.”

But Diezani, through her counsel, Nnamdi Awa-Kalu, insisted that the seizure of the items amounted to a violation of her constitutional right to own properties.

At the end of Monday’s hearing, Justice Nicholas Oweibo adjourned the case until September 11, 2019, for a ruling.