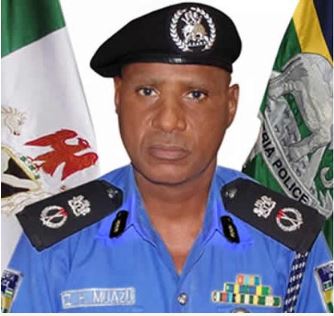 The Lagos State Police Command has queried the Noforija Divisional Police Officer after two brothers accused of raping a teenager in the Igbooye community, Epe area of the state, escaped from custody.

The Police Public Relations Officer, Bala Elkana, said it was discovered that the DPO lied that the suspects were in custody, adding that he had been queried.

Our correspondent had reported that two brothers, Alaba and Abiodun Musa, allegedly took turns to rape the victim, a 16-year-old girl.

They were alleged to have hypnotized and raped her.

Despite threats from the suspects, the teenager was said to have opened up to some residents as community youths mobilised, apprehended the brothers and handed them over to men of the Lagos State Neighborhood Safety Corps.

The security men then handed the brothers over to the police. When contacted then, the police spokesperson, Elkana, told PUNCH Metro that the Commissioner of Police had instructed that the suspects be transferred to the gender unit of the command headquarters, Ikeja.

However, in controversial circumstances, the suspects escaped.

When our correspondent contacted the DPO, he denied the claim, just as another policeman at the station insisted that the brothers were still in custody.

Elkana had issued another order on behalf of the CP that the suspects and the parties should be brought to the command headquarters.