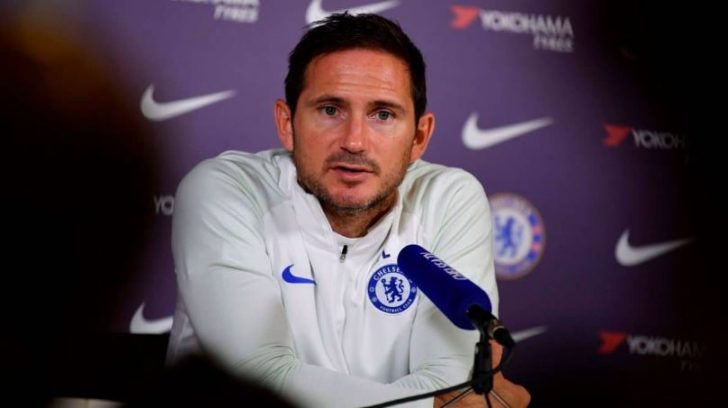 Chelsea manager, Frank Lampard has reacted to his side’s 2-1 defeat against Manchester City in the Premier League on Saturday.

However, N’Golo Kante scored a goal for Lampard’s men at the Etihad Stadium.

“Everyone seems slightly fixated on those couple of games we’ve played, like Liverpool and City,” Lampard was quoted by Football London as saying at his post-match press conference.

“We have gone toe for toe with them, drawing in Istanbul and then losing on penalties. Lost at home in the league pushing for 45 minutes.

“We have lost today with a very good performance, it is moments in the boxes. That is not something you can actually put down as a rule going into a game of why you win it or don’t.

“These teams like Liverpool and City have been getting results for a long time, they have worked together and worked hard, they get things right.

“Today I don’t think you can come away from that game and think anything other than it was two really strong teams going against each other. One wins it because of a deflected goal and one moment of real quality from Mahrez and the rest was pretty much in the balance.”

“I think that you saw that from us today. At 1-0 we had a relative control of the game. Of course, when you are here, it can never last.

“They had a couple of moments, but we were playing well and throughout the game, there were a lot of positives. At this level, maybe it shows that the finer details in the boxes, both boxes decide these ones.”