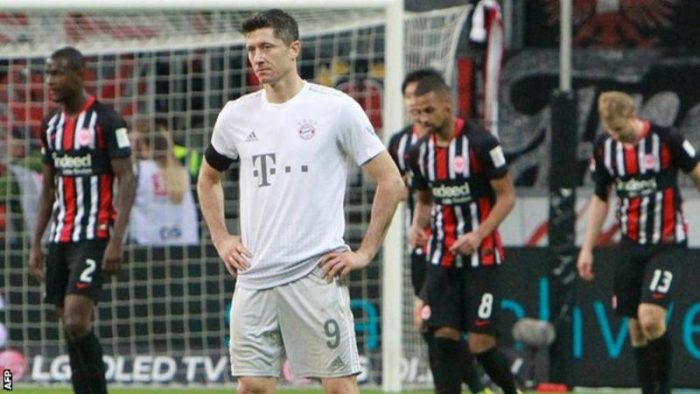 Bayern Munich suffered a crushing defeat against Eintracht Frankfurt after the German champions had Jerome Boateng sent-off after nine minutes.

Filip Kostic and Djibril Sow put the hosts 2-0 ahead, but Robert Lewandowski responded for Niko Kovac’ side with his 14th league goal of the campaign.

David Abraham made it 3-1 shortly after half-time, before Martin Hinteregger and Goncalo Paciencia added the gloss.

Watch the Highlight below;