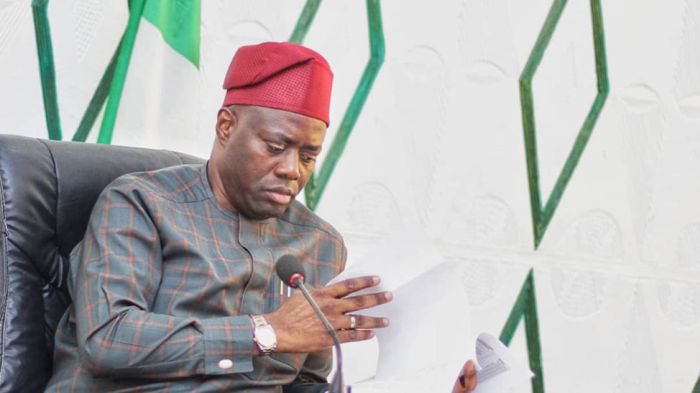 Makinde, who arrived the Assembly complex in Ibadan, the state capital around 11.00am, began the budget presentation around 11.11am and spoke for about for about forty five minutes.

At the presentation were his Deputy, Mr. Rauf Olaniyan, members of the state executive council traditional rulers and members of the Peoples Democratic Party in the state.

Makinde, while presenting his maiden budget, maintained that everyone in the state both old and young would be proud of his first budget.

In the budget proposal, Makinde proposed 22.37 per cent of the total budget to education and 5.18 per cent for Heath.

“It is a budget that every woman, man and child in Oyo state can be proud of. We are aiming after at least 70 per cent budget implementation. 23.93 per cent for infrastructure.

“We are embarking on staff audit and creating a data base for staffers to curb ghost workers in the state. N3 billion from January 2020, we are expecting a monthly internally generated revenue of at least 3 billion naira.

“This will be achieved without increasing tax burden on the people of Oyo State.”

Speaker of the House, Adebo Ogundoyin explained that the house will pass the bill without waiting time.