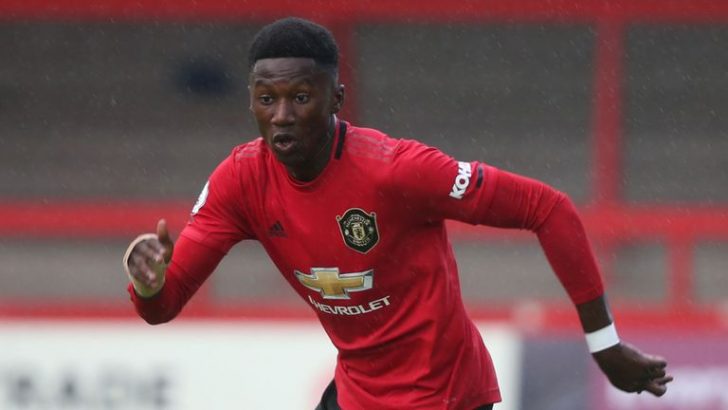 Solskjaer has included just four senior players – Lee Grant, Axel Tuanzebe, Luke Shaw and Jesse Lingard – in his squad for the match in Kazakhstan, with United’s place in the knockout stages of the competition already secured.

Fourteen of United’s travelling squad are under the age of 20 and Solskjaer believes the match is the perfect opportunity to introduce the club’s youngsters to senior football.

“If our young players are going to learn to play in these European games, I think this is a great start for them,” he said.

“It’s the right challenge for these boys now and I think it’s going to be a good game of football.”

Solskjaer has confirmed Grant will make only his second appearance in goal for United since joining from Stoke in 2018.

“For a manager like me to have Lee to call upon it’s fantastic he has a world-class attitude.

“He’s probably the fittest of the goalkeepers, he always does extra. He’s a 36-year-old going on 26. I’ve got the perfect goalkeeping department.”

Solskjaer has also suggested 19-year-old defender Max Taylor will make his debut for United after recovering from testicular cancer.

See The Youngsters Man United Will Use For Europa League Clash With Astana Reviewed by Admin on 27 November Rating: 5
Category : Sport
DO YOU WANT YOUR SONG / VIDEO ON PRETTYLOADED?