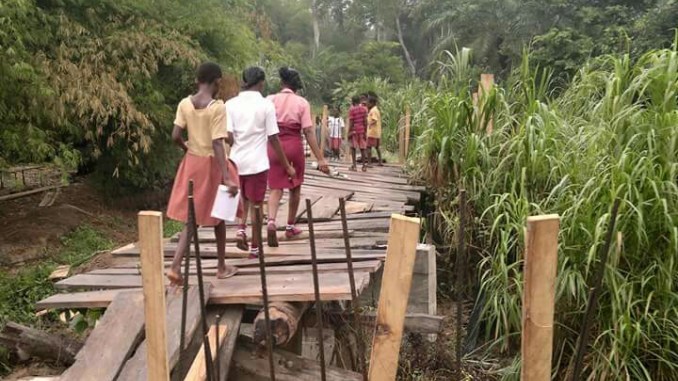 According to the report gather two of the girls were abducted by suspected Ritualists on Friday while returning from school at Ikom main town and were later dumped along the road side at Edor Community, while the other one was dumped at Konfab Community, all in Ikom LGA.

A woman, Mrs. Akunjom repoted on Monday that they woke up on Saturday to see the abomination which later caused uproar in the community.

“The girls were on their uniforms and were found lying dead beside the Edor filling station along the Ikom-Ogoja Federal Highway on Saturday morning.

“People in Edor are suspecting that the perpetrators of this evil act are politicians, because whenever election period is near like this, children will start missing in the area and if found, it will be the same situation like that of the girls.”

She continued, “We couldn’t finish evacuating the remains of the girls in Edor, we heard another news that another school girl has been found in a similar situation with her private parts removed and dumped by the road side at Konfab this morning.”

The villagers were briefed to be cautious and have converged in a meeting to expose those involved in the abominable crime.

When contacted on phone on Monday, the Police Public Relations Officer, DSP Irene Ugbo told our Correspondent that the police is yet to be briefed about the menace.

“Such a report has not gotten to us; there is no report as such for now,” Ugbo said.