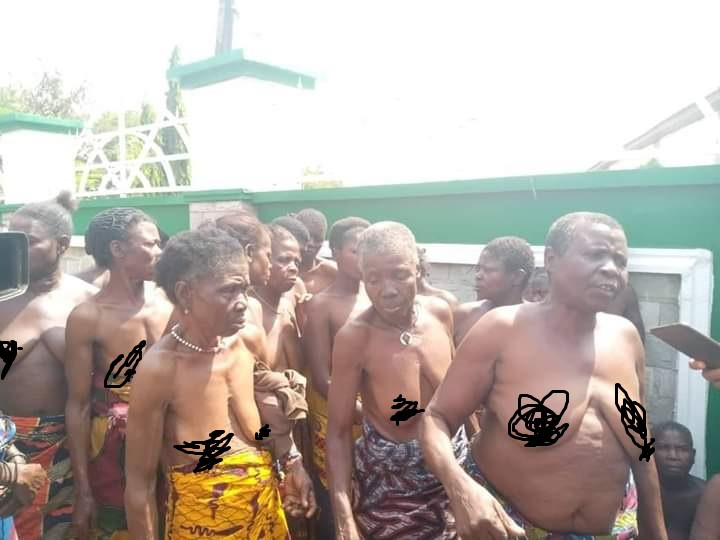 Over 100 women between 50 and 80 years of age from Agubia Community in Ikwo Local Government Area of Ebonyi State stripped naked, in protest of the arrest of their children by security agents operating in the state.

The women stormed the Government House gate at about 11 am on Monday, demanding the immediate release of their sons who were allegedly arrested by police following the crises that erupted in Agubia Ikwo recently.

However, the women whose intention was to meet with the governor, could not gain entrance into the government house in Abakiliki.

It was gathered that a bloody clash had erupted between two rival groups four weeks ago over which group should control a popularly motor park in the community. The incident claimed many lives and left dozens wounded while property worth millions of naira were destroyed.

Mrs Mercy Nwali, who spoke on behalf of the women, said the crux of the protest was to demand urgent and amicable resolution of the matter as their lives and that of their family members had been in danger.

“What we demand is that all of them should come home so that we make peace. They shouldn’t be in town here and be terrorizing us in the village. We no longer sleep in our homes and we want government to intervene”, she explained.

Another aged woman, Mrs Juliana Nwali, told Daily Trust that three of her children; Mr. Igwe Nwali, Chikwendu and Chineme were among those in detention.

It took the intervention of the State Commissioner for Internal Security and Border Peace and Conflict Resolution, Hon. Stanley Okoro to pacify the women to vacate the government house gate.

“You know, you are our mothers. Our Governor was not happy to see you in this way and mood. So, whatever is the problem, I assure you, it will be resolved not later than today,” said Hon. Emegha, who cut short his 2020 fiscal year budget defense at the state House of Assembly to rush to the scene.

“What we want is peace. We are tired of running away from our home. We want the governor to help us, release our children from detention” the protesting women cried.

The commissioner assured them that government will ensure that their demand are given immediate attention.

He urged them to go home and be assured that government is determined to returning permanent peace in the area.

However, the women bluntly refused to collect money released to them nor enter the bus provided by the government to convey them back to Agubia Community. 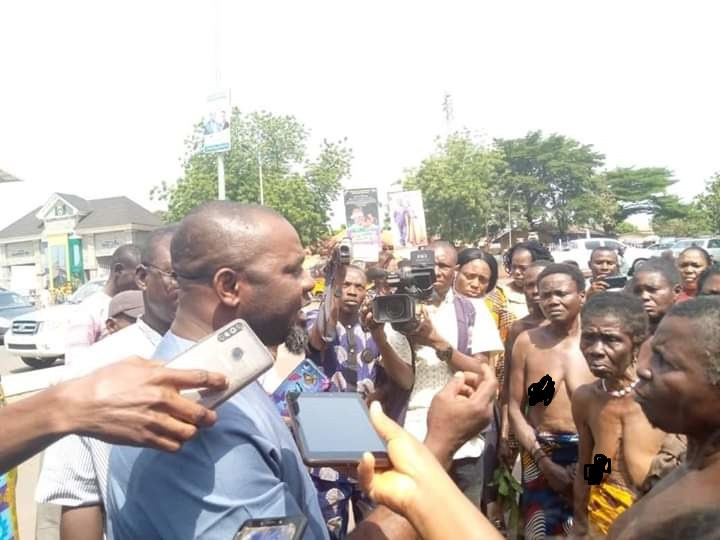 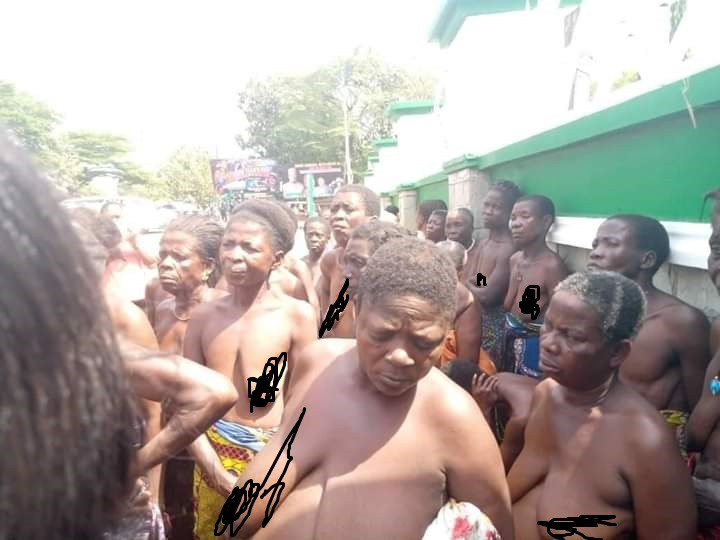