We Will Begin Strike On Thursday – Ogun State Workers Threatens 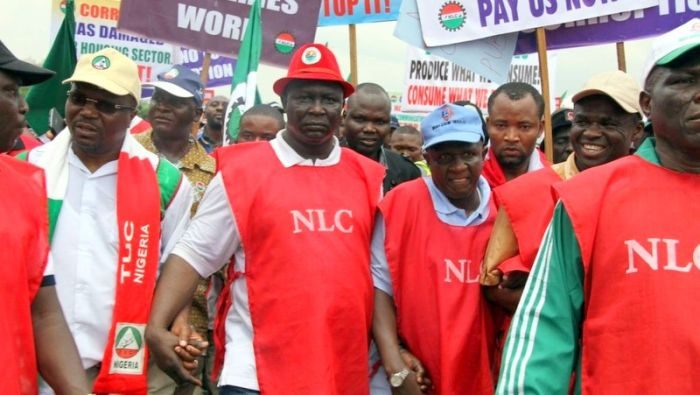 The Organised Labour in Ogun State on Monday, directed the State and local government workers to embark on two-day “warning strike” for alleged government refusal to negotiate and implement the minimum wage.

The three unions, who spoke at a joint Press conference in Abeokuta, insisted that the call for the warning stike became inevitable because all their efforts to get the government to set up a committee to determine the “consequential adjustment” of the new minimum wage had been bluffed.

The NLC Chairman, Comrade Bankole Emmanuel, who spoke on behalf of the TUC Chairman, Comrade Fajobi Olubunmi and the JNC Chairman, Folorunso Olanrewaju, said all their correspondences to the government, stressing the need to negotiate with them had not been replied, “rather we are treated with menus of deceits and apparent misinformation”.

Emmanuel insisted that, the government’s attitude towards the implementation of the minimum wage had convinced them that it is “Unwilling to implement it , let alone negotiate its consequential adjustments”.

The Chief Press Secretary (CPS) to the Governor, Kunle Somorin in his reaction said the planned strike action was ” Uncalled for” as government was doing everything possible to the meet workers demand.

Somorin said the government had assured them (workers) that the committee they requested for would soon be set up.
He appealed to the workers not to do anything to disturb industrial peace in the State.