Atiku To Be Invited For Questioning When He Returns From U.S 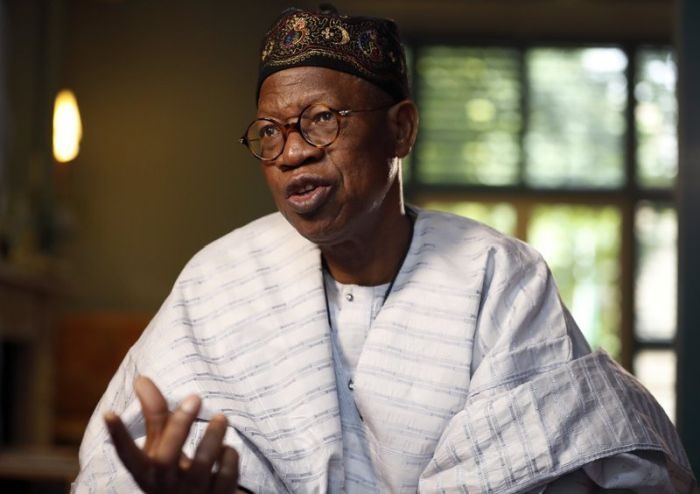 Minister of Information and Culture, Lai Mohammed, has disclosed plans by the Federal Government to invite the PDP presidential candidate, Atiku Abubakar, for questioning once he returns from his visit to the United States.

Speaking to state house correspondents today, Mohammed said Atiku is expected to come forward for questioning over his alleged role in the collapse of former Bank PHB. He said fresh evidence before the government suggests that Atiku benefited from slush funds that led to the collapse of Bank PHB.

Mohammed said the government has in its posession “paper trail which shows that he benefited from N156 million.” ‘“It started from an internal memo dated 13 January 2009 asking that a draft in favour of Atiku Abubakar of 156 million should be raised,” he said

According to Premiumtimes, the Minister added that another memo on the same date was raised to confirm that the amount was raised from a “claimant management account.”

He said the government has proof of the account mandate, cheque and account statement showing Mr Abubakar as the signatory to the account that received the money.

“We want him to stay in the US for as long as he wants but he has to explain to Nigerians when he returns,” he said. Speaking further on the visit of the former vice president to the U.S., the minister said the government had earlier issued a statement advising the U.S. not to issue him a visa. He, however, said it remains the prerogative of the U.S. government to issue visa to anyone

“We are not perturbed one bit. He can go ahead and get a U.S. green card. That will not save him from imminent defeat in the forthcoming election,” Mohammed said.