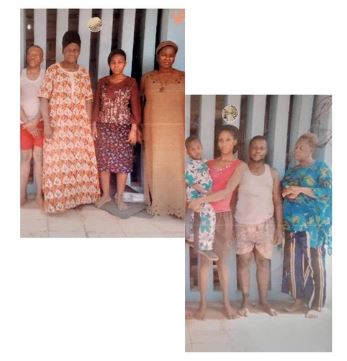 Seven suspects have been arrested by operatives of the anti-Kidnapping unit of the #Imostate police command for allegedly stealing a five-year-old boy.

According to the state’s Police Public Relations Officer, SP Orlando Ikeokwu, policemen arrested a 39-year-old Nkechi Iroegbu, who led the operatives to the hideout of the other members of syndicate where they were arrested.

Ikeokwu said“On January 12, the Command received a report of a stolen child, one Godday Obi, 5 years old, at umuejechi, Nekede.

Acting on that report, the command’s Anti-Kidnapping unit swung into action and upon credible information, arrested one Nkechi Iroegbu (39), a native of Akoli Imenyi, Bende LGA, Abia state. She confessed to the crime.

Sequel to the confessions of Nkechi Iroegbu, the following suspects were arrested.