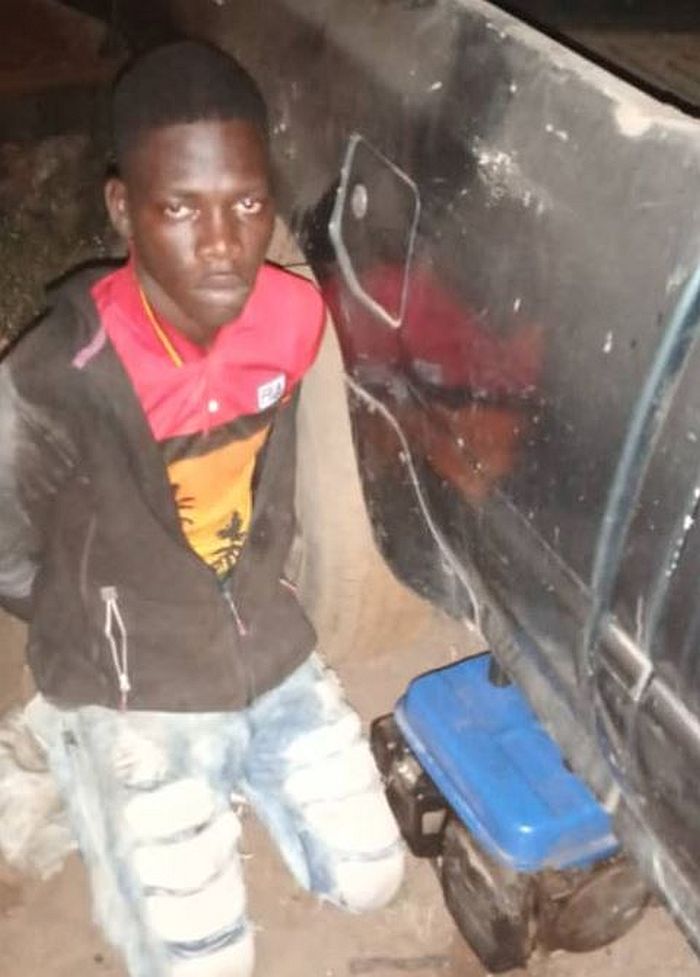 Police operatives from Ipaja Division of the Lagos Command led by CSP Tokumbo Abaniwonda, have arrested a 21-year old man, who confessed that he only goes to churches to steal properties and not for prayer.

Tokunbo Lekan, who hails from Ogun State, said he was trained as a mechanic but had to abandon it for stealing when he was not getting enough work to do and to solve his needs and he then focused on stealing in various churches to survive.

However, he was arrested after he sneaked inside Anglican Church of Triumphant located at Obadiah Craig Street, Falola in Ipaja area of Lagos, at night, carted away some properties and escaped.

Some of the properties Lekan stole included: power generating set, electric wire, welding machine and other items worth about N400,000 belonging to the Church.

He was said to have burgled and entered the church in the evening and stayed inside till about 2am on 22nd January, 2020, before he started picking the said items.

Police source said he had successfully carted the items and took them to the nearby mechanic village. However, he forgot his tools inside the Church, then went back to collect them and he was eventually apprehended. He was then taken to the Police Station, where he confessed and took the Police to the mechanic village where he hid the stolen items and they were recovered as exhibits.

Lekan was later charged before the Ejigbo Magistrates Court for burglary and stealing in the place of worship.

He pleaded not guilty.

The prosecutor, Supol Kenneth Asibor, asked the Court to fix a date for hearing since he pleaded not guilty to enable the Police to prove that he actually committed the offence.

The Presiding Magistrate, Mr. T.O. Shomade, granted Lekan bail in the sum of N100,000 with two sureties in like sum.

He was remanded in prison custody pending when he will perfect his bail conditions. The matter was adjourned till 22nd March, 2020, for mention.