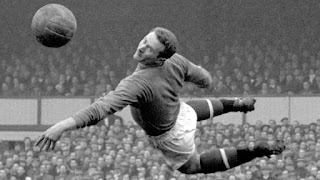 Former Manchester United and Northern Ireland goalkeeper Harry Gregg, hailed as a hero of the 1958 Munich air disaster, has died at the age of 87.
Gregg bravely rescued team-mates and other passengers following the plane crash in which 23 were killed.
When he joined United in December 1957 for £23,500 he was the world’s most expensive goalkeeper and was voted the best at the following year’s World Cup.
He made 25 appearances for Northern Ireland between 1954 and 1963.
The former goalkeeper’s charitable Harry Gregg Foundation said that the goalkeeping great died in Causeway Hospital in Coleraine.

“Harry passed away peacefully in hospital surrounded by his loving family.
“The Gregg family would like to thank the medical staff at Causeway Hospital for their wonderful dedication to Harry over his last few weeks.
“To everyone who has called, visited or sent well wishes we thank you for the love and respect shown to Harry and the family.
“Details of his funeral arrangement will be issued in the next few days. We would ask that the privacy of the family is respected at this difficult time.
“Never to be forgotten!”

Reviewed by Admin on 17 February Rating: 5
Category : News
DO YOU WANT YOUR SONG / VIDEO ON PRETTYLOADED?