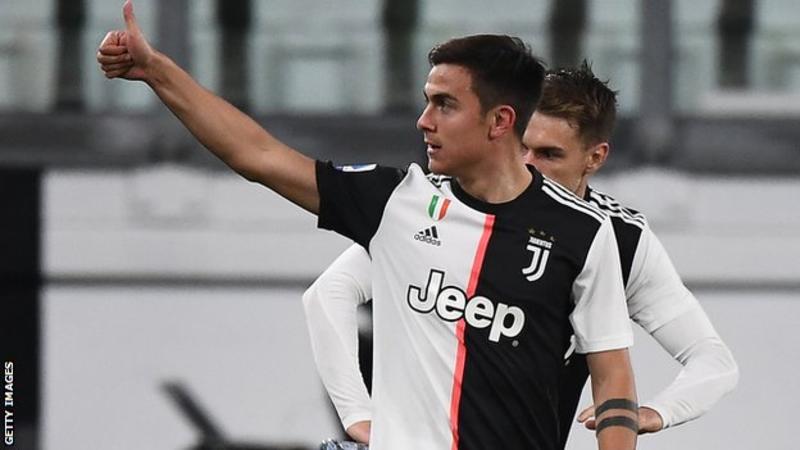 In a message on his Instagram account, Dybala said he and his girlfriend both have the virus but were in good health.
He is the third Juve player to be confirmed to have the virus, following centre-back Daniele Rugani and France World Cup winner Blaise Matuidi.

“Both Oriana and I have tested positive,” Dybala, 26, said. “Luckily we are in perfect conditions.”
“Thanks for your messages.”

Dybala’s girlfriend Oriana Sabatini – an Argentine singer, actress and model – is the niece of former tennis player Gabriela Sabatini, the 1990 US Open champion.
All domestic sporting activity in Italy has been suspended until at least 3 April.

Juventus Star Dybala Tests Positive For Coronavirus Reviewed by Admin on 22 March Rating: 5
Category : Sport
DO YOU WANT YOUR SONG / VIDEO ON PRETTYLOADED?