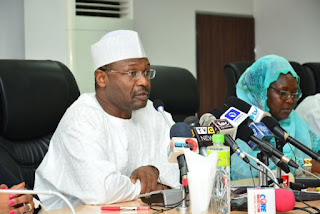 The Independent National Electoral Commission (INEC) has announced the promotion of 3,295 members of its staff nationwide.

The commission made the announcement in a statement issued by Director Voter Education and Publicity, Mr Oluwole Osaze-Uzi, in Abuja.
Osaze-Uzi said that those promoted had sat for the 2019 promotion examination and were properly evaluated before their elevation.A breakdown of the figure showed that 15 Deputy Directors were promoted to Directorship level; 1,965 promoted to between GL 07 and 15; and 1,315 to between Grade level 03 and Grade Level 06.

Osaze-Uzi said the promotion was in furtherance of INEC’s commitment to the welfare of its workers.