Home News No Going Back Until Insurgents Are Subdued – Buratai Promises

No Going Back Until Insurgents Are Subdued – Buratai Promises 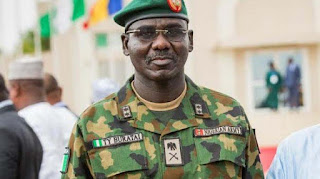 He commended the troops for the recent feat they achieved in the fight against insurgency in the state which had resulted in neutralising and capturing of insurgents.
Buratai added that the annihilation of the terrorists and recovery of gun trucks and weapons from them on Sunday in the area was a boost to the ongoing counterinsurgency campaign.
He reassured them of government’s commitment to providing adequate equipment to enable them maintain the current tempo of operation with a view to ending insurgency in the shortest possible time.
According to him, operations are complex and you will continue to see new challenges but I assure you, nothing is too difficult to handle.

“You have done and you are still doing your job professionally and this must be maintained.
“We have a lot of individuals, a lot goodwill as well from across the country and a lot of distractions as well but these distractions must not hinder your operations. We have a sacred responsibility to our country.
“The military profession, the profession of arm is a noble profession and you are the only ones that can do this Job because you have signed to sacrifice your comfort, your time and if need be, pay the supreme price.
“You must remain focused, you must remain firm, you must maintain the determination to bring this madness by criminal elements of Boko Haram or whatever they call themselves to an end.
“On this note, I must congratulate you on the feat you have done yesterday and you must continue to clear their doubt and deal with them decisively,”

He said.
Buratai also reassured the troops of improved welfare package in 2020, as well as those of their families in their various barracks, urging them to be proud of serving their country. 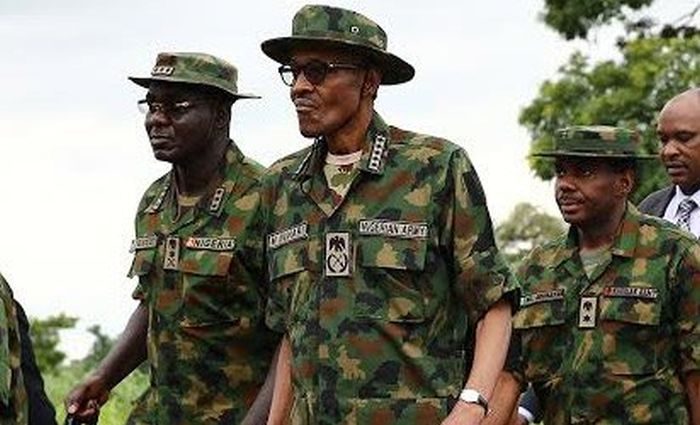 At the camp, Buratai inspected the two gun trucks sized from the terrorists by the troops on Sunday as well as the cache of weapons and ammunition and other items recovered from them during the encounter.
The Chief of Army Staff, Lt.-Gen. Tukur Buratai visiting wounded troops at 7 Division Hospital in Maiduguri on Monday, 27/1/2020
News Agency Nigeria (NAN) reports that Buratai later visited the wounded troops at the University of Maiduguri Teaching Hospital where he went round the various wards to encourage the victims.
He was also led on inspection tour by the management of the hospital to the new trauma centre under construction and at completion stage.
The army chief also visited more wounded troops at the 7 Division Hospital in Maiduguri where many of them were recuperating.
He wished them speedy recovery and pledged continuous support of the army to ensure their total recovery.
No Going Back Until Insurgents Are Subdued – Buratai Promises