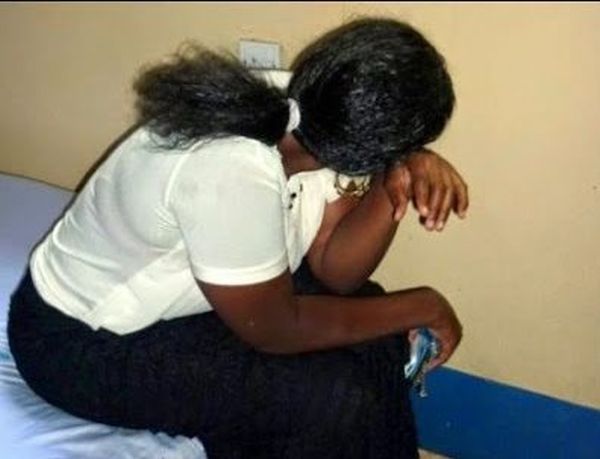 She married her wealthy husband because of his money and has ended up losing her womb to the man’s dog.
According to her, she never loved the man but because of her obsession with his money, she agreed to marry him only to realise later that the man had married her for his dog.
She narrated how the husband would drug her to sleep for his dog to have sex with her until she faked sleep one day and found out the bitter truth.
It appears the man’s source of wealth was the woman’s sexual intercourse with his dog, and after the truth got revealed he ran mad.
The bitter woman has chosen to share her sad story to sensitise the youth against prioritising money in their choice of life partners.
Read her full story below:- 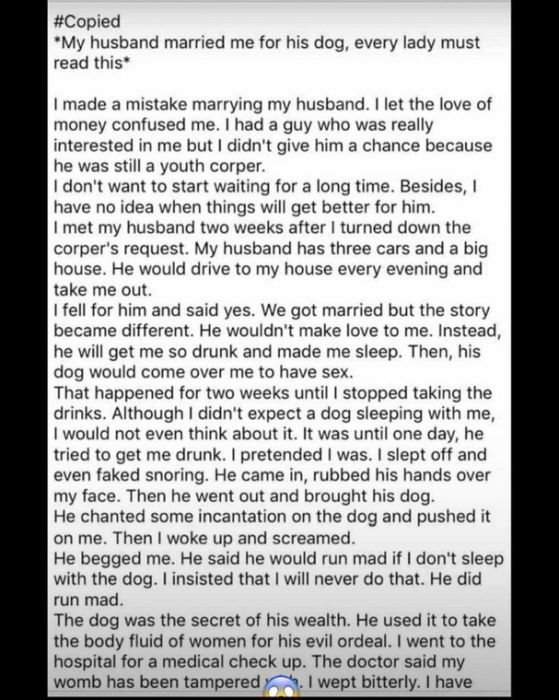 My Husband Married Me For His Dog – Woman Narrates How She Lost Her Womb Reviewed by Admin on 18 March Rating: 5
Category : News
DO YOU WANT YOUR SONG / VIDEO ON PRETTYLOADED?