27 Year's Old Lady Was Killed For Being Fat 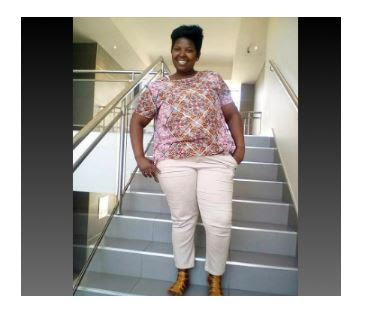 A young lady was reported killed in a butal manner because of her weight. According to reports, the 27-year-old lady identified as Lindi Qhoma from South Africa, was allegedly mocked about her weight by three thugs before one of them shot her in the face.

Bulelwa Qhoma (28) told Daily Sun her sister was often mocked for being fat.

“I know I am fat and I’m proud of it.” Those were apparently Lindi’s last words before she was brutally killed on Tuesday in Tshepisong, near Mogale City in South Africa.

After Lindi and her mum Mpondo Qhoma had bought groceries, they went to catch a taxi from Tshepisong to their home in Slovoville, Soweto. Shocked Bulelwa said when they got into the taxi, three men ridiculed and insulted Lindi and said she was taking up too much space.

“Lindi told the men she was aware of her looks and didn’t see anything wrong with being fat,” said Bulelwa. “Then the men got angry and pulled out their guns.”

She said the driver tried to apologise on Lindi’s behalf.

“But that’s when the man sitting in front pulled out his gun and shot at her,” she said. “The first bullet missed her. The second hit her in the face. She died on the way to hospital.”

Lindi leaves behind a son (9) and a daughter (7). Bulelwa said her mother collapsed after the incident and was taken to hospital.

Constable Mzwakhe Xazi said: “Dobsonville police have launched a manhunt for the three suspects following an incident where a 28-year-old woman was shot in the head.”