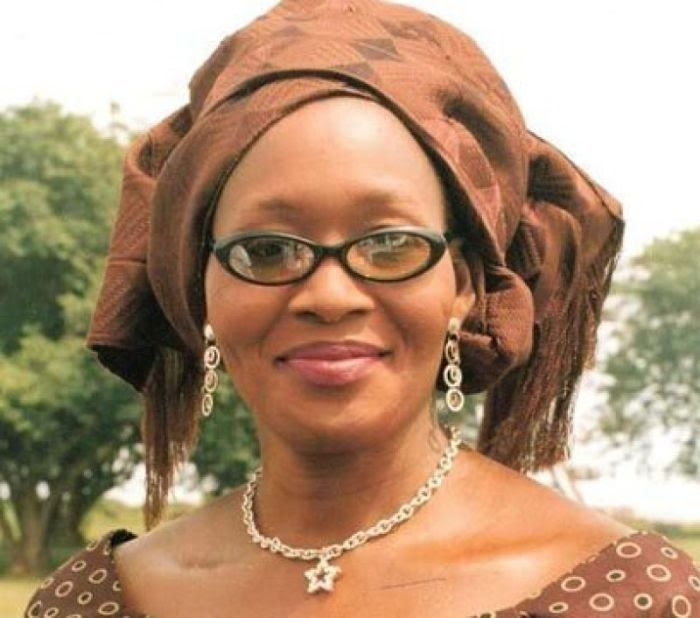 If there is something one can not take away from Kemi Olunloyo, Nigerian journalist, it is her intelligence and how eloquently she displays her thought in words.

Earlier today, she took to Instagram to share photos of the second generation wives of the Alaafin of Oyo, Lamidi Adeyemi, whom she revealed that her father installed in the 70’s.

She notes also that the Alaafin has 5 set of twins in his palace and this is not because of fertility drugs but because the people of Oyo eat white yams a lot — Which she attributes to being responsible for producing twins in the kingdom.

She gives a little insight into the history of the reigning Alaafin and his wives via her Instagram post today.

See true polygamy love. I am considered a Duchess in the Oyo empire as my dad is the #balogunofoyo. These are the #Alaafin’s second generation wives. All healthy fruit acid light skin beautiful young ladies many with twins.

Contrary to the stupid rumours that the old man 8th 0yo majesty #IkuBabaYeye’s wives use fertility drugs, NO! The King is a natural!

The #Alaafin jogs around the palace daily, loves ogi/akamu and eats light. There are almost 5 sets of twins in the palace and were all naturally conceived. They eat lots of white yams in that palace.

I remember when I was 10-13yo and ate so much pounded yam and egusi in the palace as a kid. White yams are full of fertility hormones.

I will teach u more about that in my #kemitalkswellness segment. Google #IgboOra in Oyo state known WORLDWIDE as the land of twins. Researchers around the world have visited and done endless research.

The secret is really the white yams the whole town grows and eats. I’ve seen oyinbo ppl go there just to buy yams and stock it in the house. You too must travel to our state. My dad installed the Alaafin Lamidi Adeyemi after a whole lot of drama in the 70’s.

see the first generation wives at daddy’s coronation and some of our cultural events at the palace. Princess Folasade’s mom in the middle of that black and white picture in 1982 is the oldest wife of the Alaafin. Those elder wives are Oloris and our young ones Ayabas all meaning “wives”.