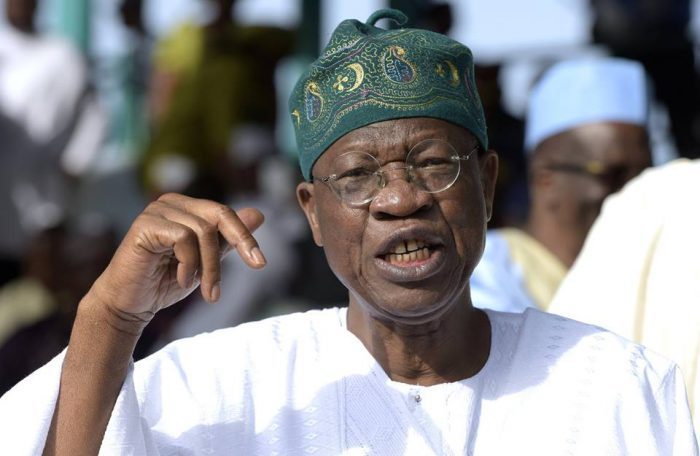 PDP has asked President Buhari to immediately vacate office after an old interview clip of the Minister of Information and Culture, Lai Mohammed, pleading with Nigerians to pardon the President on the issue of his certificate, surfaced online last week.

In the interview which took place in January 2015,Lai Mohammed who was then the spokesperson of the All Progressives Congress APC, said President Buhari deserves to be pardoned because its been 53 years since he left secondary school and he doesn’t even know where he kept his certificate.

In a statement released this afternoon, the opposition party asked President Buhari to save Nigerians further troubles by immediately vacating the presidential seat.

Read the statement below:-

The Peoples Democratic Party (PDP) has reviewed the video of the media interview by the Minister for Information and Culture, Alhaji Lai Mohammed, and surmised that President Muhammadu Buhari should save the judiciary and the nation further troubles by immediately throwing in the towel and vacating the presidential seat following the official admission that he (Buhari) does not possess a WAEC certificate, contrary to his claims and disposition before the law.

Our party mocks the Buhari Presidency for pushing out the video wherein the Minister pleaded with Nigerians to pardon President Buhari over his false WAEC certificate claims.

PDP notes the deliberate ploy of Alhaji Lai Mohammed to appeal to sentiments, seeing that Mr. President had failed to defend himself before the Presidential petition tribunal.

The party berates the Buhari Presidency for believing that in pushing the video into the public space, it could influence the mind of the tribunal to bend the law after solid evidence have been presented before it against President Buhari.

The PDP holds that the pronouncement and appeal for pardon issued by the government’s spokesperson, who is also a lawyer, is a direct guilt plea, which cannot save President Buhari from the course of justice in this matter.

From the official pronouncement by the Minister on a national television, it is no longer in dispute before all Nigerians that President Buhari does not possess the educational certificate he claimed in the affidavit he deposed to in his Presidential nomination form.

In this latest shenanigan, President Buhari and his handlers ought to have known that the law, which the judiciary is bound to uphold, is a respecter of no man.

The PDP reminds President Buhari of how his Presidency vehemently applied the law in similar circumstance to remove a head of an arm of government; a situation, which renders his plea for pardon a complete nullity before the law.

The PDP holds that if President Buhari indeed seeks for pardon from Nigerians, he should do the needful by toeing the path of honour and vacating the Presidential seat without further delay.

It is disheartening that President Buhari and his All Progressives Congress (APC) would put our nation through the troubles of legal hassles when they knew all the while that they were building something on nothing.