Home News THIS TOO BAD!! Woman Who Was Robbed, Stabbed Dies After Hospital’s Refusal To Treat Her

THIS TOO BAD!! Woman Who Was Robbed, Stabbed Dies After Hospital’s Refusal To Treat Her 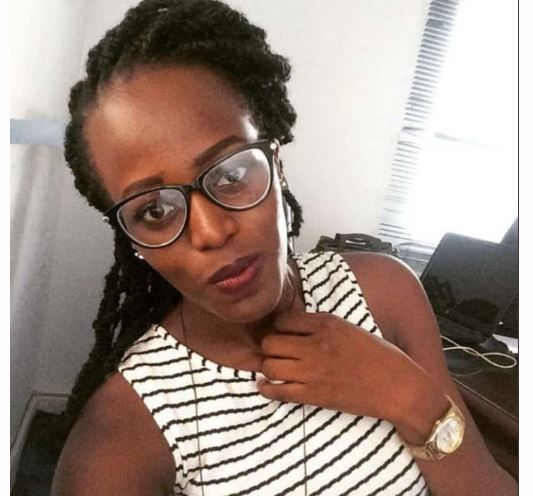 A young Nigerian lady has died after she was robbed and stabbed in the neck by robbers who made away with her laptop.

According to reports, the deceased was on her way from work when she was attacked.

Bystanders who witnessed what happened took her to the hospital but she died after a hospital refused to treat her without a police report.

The woman, who has been identified as Moradeun Balogun, lost her life due to a hospital’s refusal to do their job, @tomiwale_ revealed on Twitter.

She was reportedly rushed to a hospital in Gbagada, Lagos but was denied treatment due to lack of police report.

Read the tweets below. 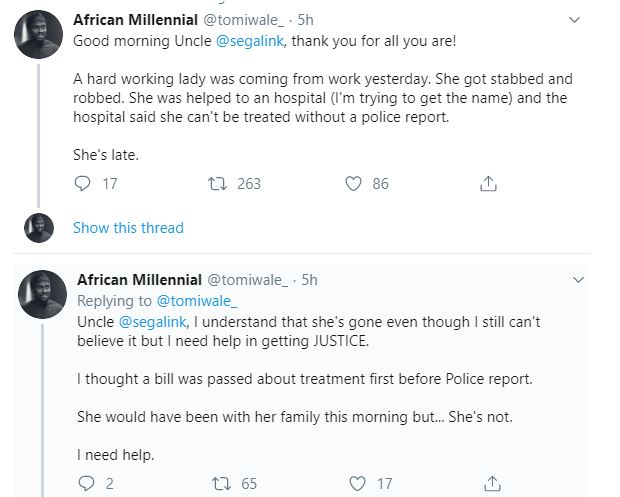 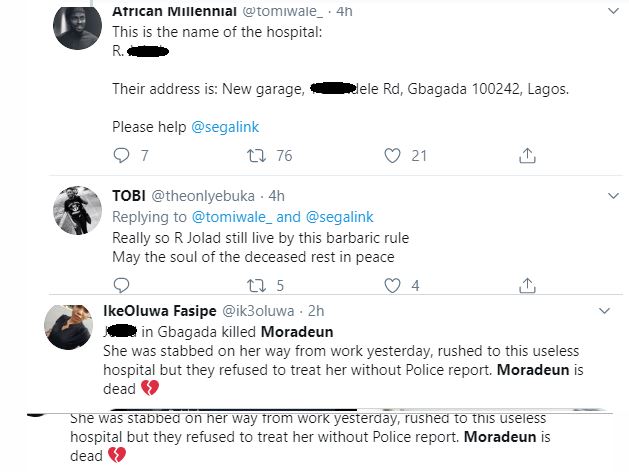 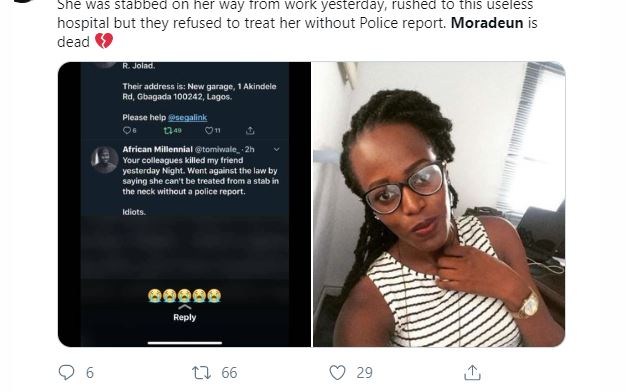 THIS TOO BAD!! Woman Who Was Robbed, Stabbed Dies After Hospital’s Refusal To Treat Her Reviewed by Admin on 05 December Rating: 5
Category : News
DO YOU WANT YOUR SONG / VIDEO ON PRETTYLOADED?