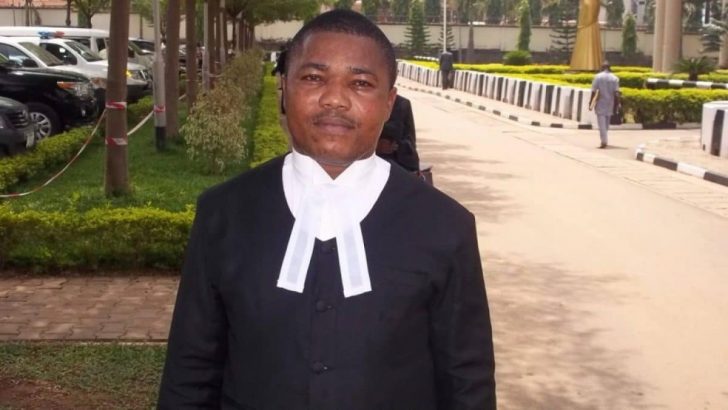 Ifeanyi Ejiofor, the lawyer to Nnamdi Kanu, leader of the Indigenous People of Biafra (IPOB), has broken silence on police invasion of his residence in Anambra State on Monday.

Recall that a combined team of police and military officers had burnt down Ejiofor’s residence in Oraifite, Anambra State in the early hours of Monday and allegedly killed two people while several others were injured.

Following the incident, the police had claimed that IPOB members burnt two of its officers to death, hence declaring Ejiofor wanted.

But in a video shared on Facebook on Tuesday, Ejiofor wondered why police stormed his residence despite speaking with the area police commander.

He claimed that some police officers took away the corpses of those killed and burnt them somewhere.

He added that his mother was gunned down and was presently receiving treatment at the hospital.

The IPOB lawyer alleged that a particular businessman was behind the issue, even as he denied reports that policemen were killed at his place.

He further called on international organizations, stressing that he has been a target for defending IPOB members in court, despite maintaining more than 17 years of unbroken relationship with the police hierarchy.