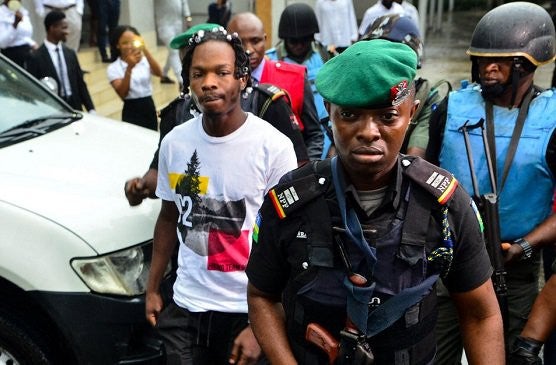 Nigerian rapper Naira Marley has reportedly opted for an out-of-court settlement over his involvement in alleged car theft.

Recall that the ‘Soapy’ crooner was given the last chance to appear in court over the case.

According to Naira Marley’s lawyers, the four-count charge of conspiracy, stealing, assault and obstructing the police against their clients; Naira Marley’s two brothers Idris Fashola, 18; Babatunde Fashola, 24; and their cousin, Kunle Obere, 22, might be dropped before the next hearing.

The rapper’s lawyer, Mr Awokulehin Ayodeji, told The Nation that the Police are not against a peaceful resolution of the matter.

He said; “We hope that an agreement will be reached before the next adjourned date. The police have no problem with an out of court settlement.”