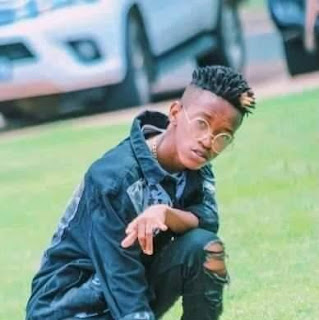 He was Born in Mshiyeni Hospital in 1999-05-15 and grew up in Durban, Lamontville, Madlala Thamsanqa better known as 'Tytrack' is a 21 Year old South African Rapper , producer & founder of Play Family Entertainment.

When he was about 4 to 5 years old his older cousin Mlungisi 'Skuta' Ngubane used to play him 2 Pac, 50 Cent, Papoose, T-Pain and other artist's albums every time when him and his cousin were home alone, that's where the love for Hip Hop music began for the kid! In 2007 on his 2nd Grade in Excelsior Primary School his teacher caught Tytrack off-guard while he was singing in class as she was making her way to her class from the office, his teacher Mrs. S. Naidoo was a bit frustrated because of the type of music Tytrack was singing and vulgar was highly the majority on the song so instead of complimenting she decided to slap him! That was the first and last time Tytrack ever sang at school until 2013 when he was doing his 8th Grade in Bantuvukani Primary School, Tytrack wanted to take things even further he decided to start writing music! He and  his older fellow friend Siyabonga "Charlie Chumz" Ngubane who is also a artist himself decided to come up with a song they can release together as it was going to be Tytrack's first ever song, while all the talk was going on Charlie Chumz said to Tytrack "You know what let's go to the passage and discuss all this and finalize it" ... They then went to the passage and when they got there Charlie Chumz asked Tytrack "Thami before we begin, please come up with a stage name for yourself and get back to me I'm right here I can wait let me know if one pops up so we can go further with our discussion" ...So after 5 minutes Tytrack came up with a name and said to Charlie Chumz "I'm calling myself 'Miz Cliz' I find it kinda suitable" ...Charlie Chumz agreed with him so they wrote a song together called "Biggest Fan" but when it was time to go and record the song while they were on they're way to the studio Tytrack said to Charlie Chumz "I'm shy of the mic I'm not ready yet bro let's make it another day" then Charlie Chumz was a little disappointed but he agreed with him because he knew that it was going to be his first time on the mic so alot of choking would've occurred so they decided to postpone the recording date of "Biggest Fan" but on the other side Tytrack kept practising doing freestyles etc then before 2013 ended Tytrack was by his house in the dining room with his lovely Grandma knitting on the couch ...Tytrack had second thoughts and decided to change his stage name "Miz Cliz"... He thought deeply and wanted to make sure that he comes with a name that has a meaning! He kept whispering different kinds of names all starting with alphabet 'T'... Then he came with the name "Tytrack" which he firstly spelt it as Tie-Track he took Tie as in school Tie and Track that stands for song, he decided to spell it differently as "Tytrack" and it's meaning is "Respecting The Music". In 2014 Tytrack wrote his first ever single entitled "Haters On My Back" which he decided to write because he had mixed emotions after an argument with his old best friend! He released the song and it started circulating in the streets of Lamontville! The song was doing very well people were vibing to it big time but some didn't know who the song belonged to, so "Tytrack" decided to do a short video of himself jamming to the song and he put it on YouTube for people to see! The support started approaching the kid's music career! Everyone in his hometown Lamontville started saluting him praising him telling him they know his songs etc that really triggered Tytrack's heart and attention so he decided to keep dropping music so that he can keep growing his fan base bigger and bigger! In 2014 he did his first ever live performance in his former school Bantuvukani Primary School the crowd of kids went crazy and the teachers were cheering too the name Tytrack started circulating in the school yards! In 2015 he released his ever project entitled "Silver Dreams Mixtape" which got good feedback, Tytrack thought twice about how he can get it out there so everyone can hear it so he began with giving out CD's of his tape for free in his class and other classes in his former School Lamontville High School he then started getting recognition in school and people started with the salutations and feedbacks about his tape and older releases etc that made him even happier because that was his wish at first! In 2016 he worked on his 2nd project entitled "Golden Trap (EP)" and released it same year, he then took a little gap in music because he was trying to come up with a smart idea of how he can keep recording non-stop, then 2018 he formed his own Record Label "Play Family Entertainment🎯" which he named by using his surname Madlala (Family) and turned it to "Play Family Entertainment".All those years his Grandma Mrs. Khonzaphi Madlala Tytrack's Guardian is the one who has been paying for Tytrack's studio sessions and she is the one who raised him from a very young age after losing his Father Bongani Madlala in 2005 from Gun shootings that took place near Tytrack's Ex-home... His Father was accused of something!

Tytrack still had more tears to cry after losing his second parent which was his Mother the following year 2006 while he was doing his 1st Grade in Excelsior Primary School in Mobeni Heights (Durban). Things were very difficult for Tytrack's Grandma raising Tytrack and his other 2 male cousins (Mlungisi , Siyanda), she went all out and made sure that her Grandsons always slept full in their stomachs and made sure they get what ever they need for school etc!... In 2017 Tytrack finished his Matric ...that really touched his Grandma's heart after his younger son got to be the second Grandson to Matriculate, his Grandma jumped up and down screaming and kept saying "Thank you so much my Lord, you have been with me all these years and answered my prayers, now my youngest Grandson has Matriculated... Thank you great one!"... In 2018 Tytrack studied but due to financial issues he decided to  go for job hunting and planned to register in tertiary the following year!... The following year 2019 was a bad start for Tytrack after losing his lovely Grandma in March! He was down and couldn't think straight kept asking himself "God why now? Why me? You have already took Mom and Dad why my Grandma?" he was very emotional his fellow friends checked up on him made sure he stays strong until he got through that rough time months later Tytrack decided to work on his 3rd Project entitled "Choke Me When I'm Gone,
Let Me Live For Now (EP)" on the EP he had a song entitled "I Deserve It" which he talks about his tough times at school and how his Grandma encouraged him to don't quit school when he was about to, all that was because his class teacher always made him a laughing stock in class (Lamontville High School)...It was afternoon when he came back home crying found his Grandma in the kitchen told her all that happened in school and how his teacher always disrespected him and made him a laughing stock everyday at school , that was when he said to his Grandma "I can't do this anymore Gogo this teacher has been toturing me since my arrival (Grade 10) now I'm in grade 11 she is till mistreating me maybe I should quit school" his Grandma then said "No be patient my child's child I know it's hard please be patient there's one more year to go, you have me, you also have God it's all going to be okay all this will pass!", Tytrack then listened to his Grandma and looked in her in the eyes and hugged her tightly! Tytrack continued and passed his Matric! In 2019 again  worked on another project under his Label entitled "Zealous EP" one of the songs in his EP "Leave Me Alone"🎵 got playlisted on one of the biggest commercial South African Radio Stations  in South Africa , Gagasi FM....

He is still chasing his throne as he dreams of being one the biggest HipHop Stars Globally!
South African Rapper Biography , Tytrack