New Born Baby Rescued After Being Abandoned In Minna 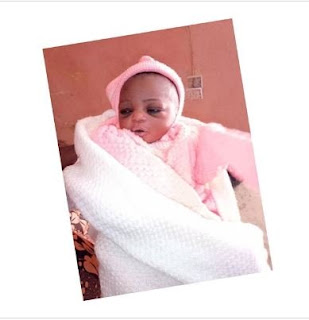 A newborn baby girl has been dumped by an unidentified woman close to a culvert along Kuta Road opposite Central Mosque in Minna, NigerState.

The baby was brought before the Niger State Child Right’s Protection Agency in Minna on Tuesday by a Good Samaritan, Hajiya Fatima Adamu.
According to her, the baby was wrapped in a cloth and dumped by the roadside close to a culvert and was discovered by passers-by.
“I was called to the scene where the baby was dumped by my neighbors. When I got to the scene, I was told that an unknown woman dropped from a motorcycle, dumped the baby and left with same motorcycle,” she revealed.
I noticed everybody was afraid to touch the baby, but with the assistance of a vigilante member that lived in the area, I picked her up and went to report the matter to the Central Police Station, Minna.

New Born Baby Rescued After Being Abandoned In Minna